So this post is a few weeks late, but I thought I’d post it now, (since I’ve already got two more books to review in my next book review post!) 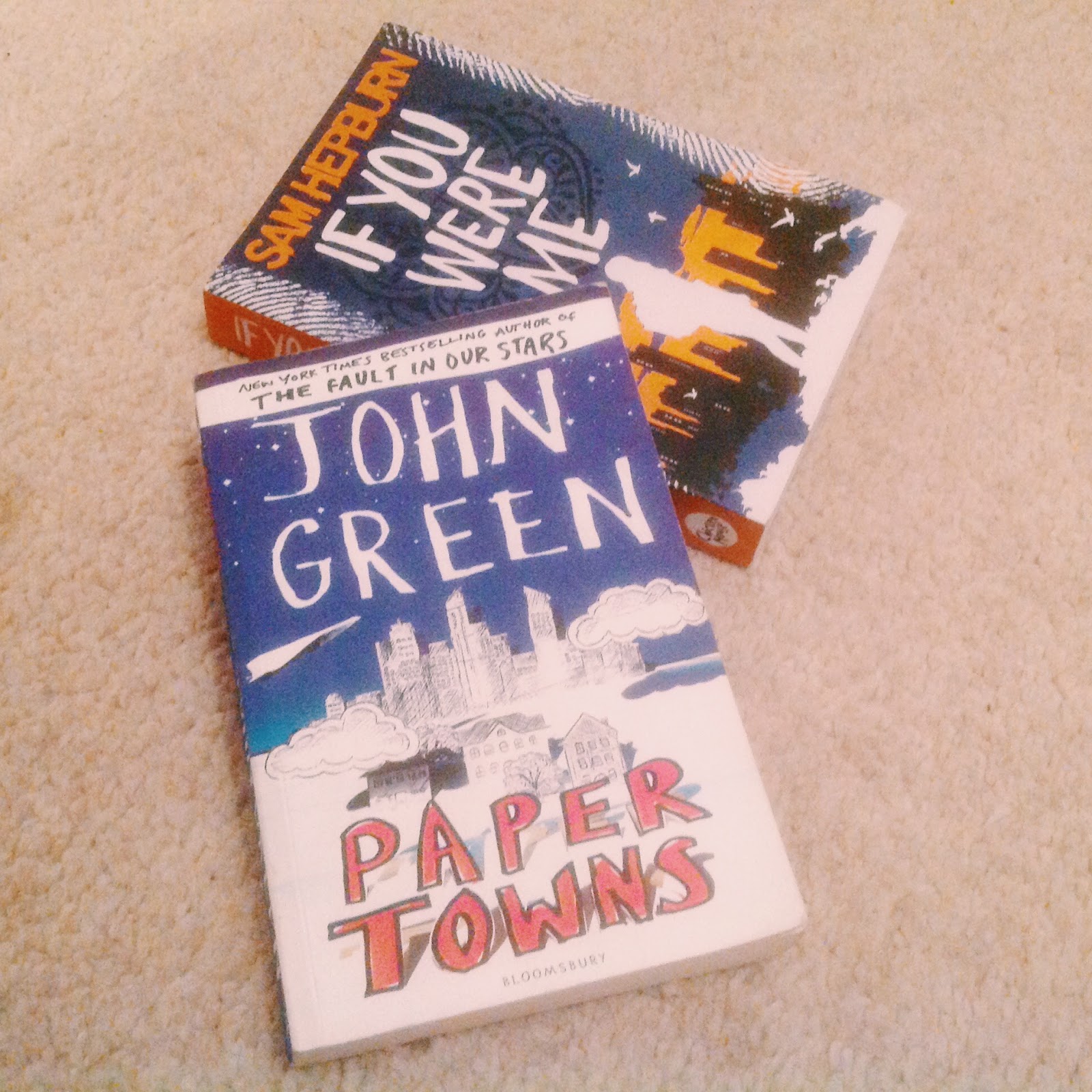 I was slightly sceptical about this one, since I wasn’t a fan of the Fault In Our Stars, but I decided the description (and admittedly the recent trailer) sounded interesting so I purchased this little one to read before potentially going to see the film. I started this a couple of days before we left and within a couple of days into the holiday I was sad to end it.

The basic synopsis is when a popular girl (the famous Margo Roth Speigelman) invites her neighbour and childhood friend out on a midnight adventure, that is completely out of his comfort zone. The next morning Margo runs away again but this time, Quentin is left with clues by Margo to her whereabouts, which Q and his friends have to follow to try and find her.

I found this book quite exciting and fun. It was quite odd at times – for example the stuff they did on the midnight road trip was a bit weird – and admittedly some of the characters (particularly Q’s best friend) got on my nerves a bit. However I liked the weirdness of the character Margo and how Quentin was so fascinated by her, and I liked how they interacted with each other. I also quite like the message behind it, that the way people seem and the way you see them isn’t showing the whole picture and people are a lot deeper.

Similarly the plot was very intriguing and – what I think makes a great book is – it had me reading on and on, unable to put the book down because I wanted to find out what the clues meant and whether what I had guessed was correct.

Overall it was exciting and fun, a bit creepy at times and unpredictable; which I really like about good books! If your one for a mystery story with a few giggles and teenage fun then I think it’s a good read for you.

If You Were Me – Sam Hepburn

This book was brilliant! It was quite an easy read and I believe her books are aimed at teenagers, but it was really interesting, incredibly well-written and very gripping. I’ve now forced my younger brother to have a go and he’s loving it, I definitely recommend it for drama/crime-seeking teens.

It’s a story about a young teenage girl from Afghanistan, who escapes to London with her family. Soon after, her brother is in a bomb explosion, and is accused of being the creator of the bomb and member of a well-known terrorist group. Meanwhile a young British boy witnesses the brother’s innocence whilst finding information which could put his family life in jeopardy. He then helps the girl prove her brother’s innocence in a way that protects his family.

I didn’t know what to expect from this book, but I’ve wanted to try reading mystery and crime books instead of my usual fantasy or romantic books. This book did not disappoint. It was written very cleverly and with great description that I could picture the setting and the story unfold. The drama and setting fitted well with the characters and important information was revealed at the right times to help me figure out the mystery alongside the characters.

I would say it was probably a young persons book, but very dramatic and a good story to read. I feel it was very different to anything I’ve read before but I feel I enjoyed the more real-life scenarios, such as the life of a refugee. Some of the scenes were a bit far fetched, I guess it’s not realistic for young two teenagers to solve a crime and find a dangerous terrorist group, but hey it made for an adventurous story, especially the lovely little twists that kept revealing themselves along the way.

Suffice to say my enjoyment of these books has lead me to purchase a few more of the same authors; Looking for Alaska – John Green, and Chasing the Dark – Sam Hepburn. I’ve also began reading A Cuckoo’s Calling by Robert Galbraith – which is proving very intriguing!

Any book suggestions? Or thoughts on the ones I’ve mentioned?