As I think I’ve mentioned, I am in my first year at university and even though I’ve been here one term, I feel like I’ve learned bucket loads, about well everything really. About me, about my course (thankfully, even if just a bit) and about living alone and fending for myself.

One thing I have learned, and struggled/still struggling with, is the ‘going out and partying’ aspect of ‘uni life’. I have never really been the type of person to get excited about drinking loads and going out partying and we never really went out that often before I came to uni, but I did it and I enjoyed going out with my friends, dressing up and dancing… I do love a good boogie. So I thought that at uni it may be a bit more frequent but I’d have all the time in the world and I’d make some great friends and it would be brilliant.

Well I’ve been here a term and I’ve realised its not quite for me. I stuck at it, I went out every night in freshers and I’ve tried it at least once every week since then and I have had a few good nights, but to be honest, I’m not quite feeling it anymore. I haven’t had a particularly memorable, will never forget, constantly-joking-about night, and I’ve ended up completely drained the next day due to my 9am start everyday and not feeling too brilliant about myself. Also since its early January, you know WINTER, its also not that wonderful waiting out in the cold, as well as spending loads of money, and losing out on sleep (probably the worst one).

And so I’ve decided to try and not be pressured to do anything I don’t want to do – whether that be going out, or other things. I think I felt like the only way to make friends during my first term was to go out and join in with absolutely everything and a couple of times I’ve been pressured into going out by people not taking no for an answer, and I didn’t want them thinking that I was boring and to not include me in anything. But this term I feel I’ve made some friends and hopefully I’ll make more, but I think I’m trying to be someone I’m not by forcing myself to drink (which I don’t really enjoy to be quite honest, unless its a ‘Sex on the Beach’ / pretty-much-fruit-juice cocktail) and pretending to enjoy going out every night, and that if that’s not who I am, what’s the point in trying to make best friends who aren’t really my kind of people.

So what I’m trying to say is, if any of you feel like this, and are feeling guilty that you don’t enjoy that kind of thing, don’t worry about it. And don’t feel bad about it. Plenty of people out there feel the same way and we all need to feel a bit more confident in ourselves and what we enjoy doing, because chances are there are people feeling exactly the same. And the same with anything you enjoy or don’t enjoy, a life mantra is to do more of what you enjoy and less of what you don’t, whether that be enjoying Disney films and hot chocolate over going out and partying (that’s pretty much me) or the other way around – as long as you’re not harming yourself that’s what you should do!

I’m not saying not to push yourself and try new things, because I think that’s very important and as a firm tenant of the ‘comfort-zone’ I’m probably not the best person to be giving this advice and it’s certainly something I need to work on. I know there’s a fine line between doing something you don’t want to do and moving out of your comfort zone, and that’s the issue I find with pretty much most of the decisions I make, but you’ve got to try and feel confident with your decision. Know that whatever happens, it doesn’t really matter (although it might seem like everything depends on it) and people will respect you for making your own decisions.

Another babble, gosh I’m so sorry!
Next post will be happy and joyous I promise. 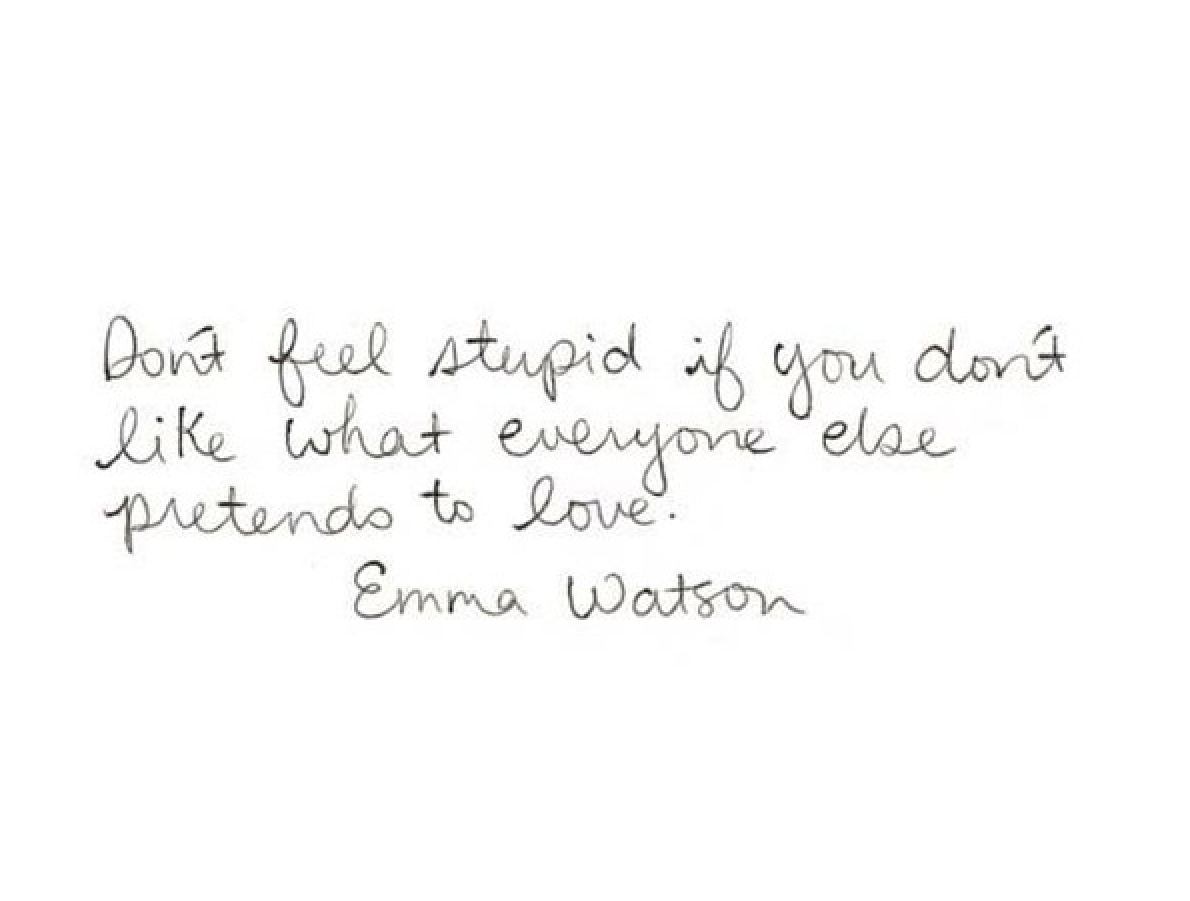