It’s been a while, I know. I’ve had a bit of writer’s block/been very busy/got a job!

I haven’t done a post like this, usually because I don’t really have anything to review. However since being home for summer, I’ve watched a couple of relatively newish films and thought I’d have a go at a post around them.

Yet another sequel to the infamous Jurassic Park, Jurassic World involves the long successful park being attacked by a new genetically modified dinosaur. Chris Pratt is a member of staff as a Velociraptor trainer and is the lead in protecting two young brothers and their aunt as well as the park visitors.

Personally I think the film was good. Entertaining, very action packed and yes scary at times. The whole setting and CGI made for very impressive effects and the dinosaurs were tremendously scary and lifelike. Amongst the constant dinosaur attacks, it slowly and scarily creeping up on the obviously-going-to-live main characters, the image and sound of the dinosaurs does scare you and it still amazes you how real they all look. There were times when I did have to squint and look away as I didn’t quite know what would happen/if they’d get eaten or not. In saying that, there isn’t quite as much gore as I expected (there is some obviously I mean it is a theme park full of visitors and dinosaurs on the loose), which in all fairness I quite liked as I think some action films like this can take it too far with that.

I liked that the situations that the characters were in built suspense and their ways of escape were very unpredictable, however there could have been more involvement from some of the other characters who do die so as to take some of the predictability out of the end result. I know there’s always those few main characters you know will survive but in some of the other films I felt there was a bit more mystery in that.

Personally I found the relationship between Chris and the raptors quite nice and a bit of a different take on the plot, maybe because I find that sort of biology-behavioural stuff interesting anyway, but it kind of made me feel more toward the dinosaurs as opposed to some of the other films. It does put into perspective the kind of the way we treat animals at a zoo, especially the scene where they feed the massive water dinosaur (mosasaurus I think?), it reminded me of Shamu at Seaworld.

Indeed Bryce’s high heels did annoy me a tad and of course some of it wasn’t dealt with in as a realistic way that it could have been, but hey, there’s only so much realism you can pack into a film about a dinosaur theme park isn’t there.

I also felt that in this film I felt more toward the dinosaurs as animals, rather than much about the characters. Although the acting was good, the backgrounds and the characters themselves didn’t quite make much of an impact on me.

Overall, very entertaining film, very attractive to all ages (although I wouldn’t show it to the littlens) and I would happily watch it again. Obviously not as good as the first one, but I would go as far to say it’s ranked second regarding the other Jurassic Park sequels. 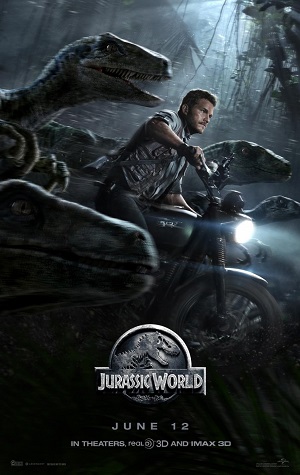 Now this is an odd one. I don’t really know what I expected, but some of the stuff in this film were certainly a surprise. The bits I did like were entertaining and I mean I can never refuse a bit of Colin Firth, however there are moments in this film I was not hugely impressed with.

The acting was good – and I enjoyed the overall plot and the whole Kingsman secret service business. I loved the whole gentlemen thing, with manners and suits, however a lot of the fighting and gore was disturbing and quite unnecessary, though admittedly unexpected sometimes (so I guess some people like that sort of stuff). The plot was, in a word, interesting and I loved the process of the kids getting into the service and all the action and fighting was all very controlled and impressive.

I most certainly did not enjoy the church scene with Colin and all the gore and unrealistic death and fighting. (however the way that ended *SPOILER* (Colin’s death) was quite good as, being a main character, you didn’t expect it). Similarly, the odd firework blown off heads part was really weird and didn’t make sense and I didn’t enjoy that at all. And finally the finale, well that was just uncomfortable and a very odd and gross ending to the film.

Overall, I’m not too sure, I probably wouldn’t watch it again, but there were parts I found good to watch. I do like how the film isn’t very serious and there are some funny bits in there. 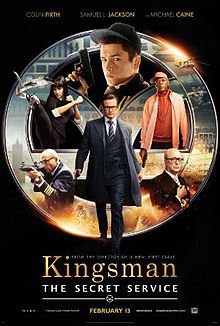 I did also want to review The Second Best Marigold Hotel, as we started watching it the other day, but it was rented on Sky and we ran out of time without realising, which is a bummer. The start was goo though! Anyone else like it? I loved the first one so I’m looking forward to eventually watching the whole thing.

Anyone else watched either of these and have any views on them?

Watched anything else recently you could recommend?